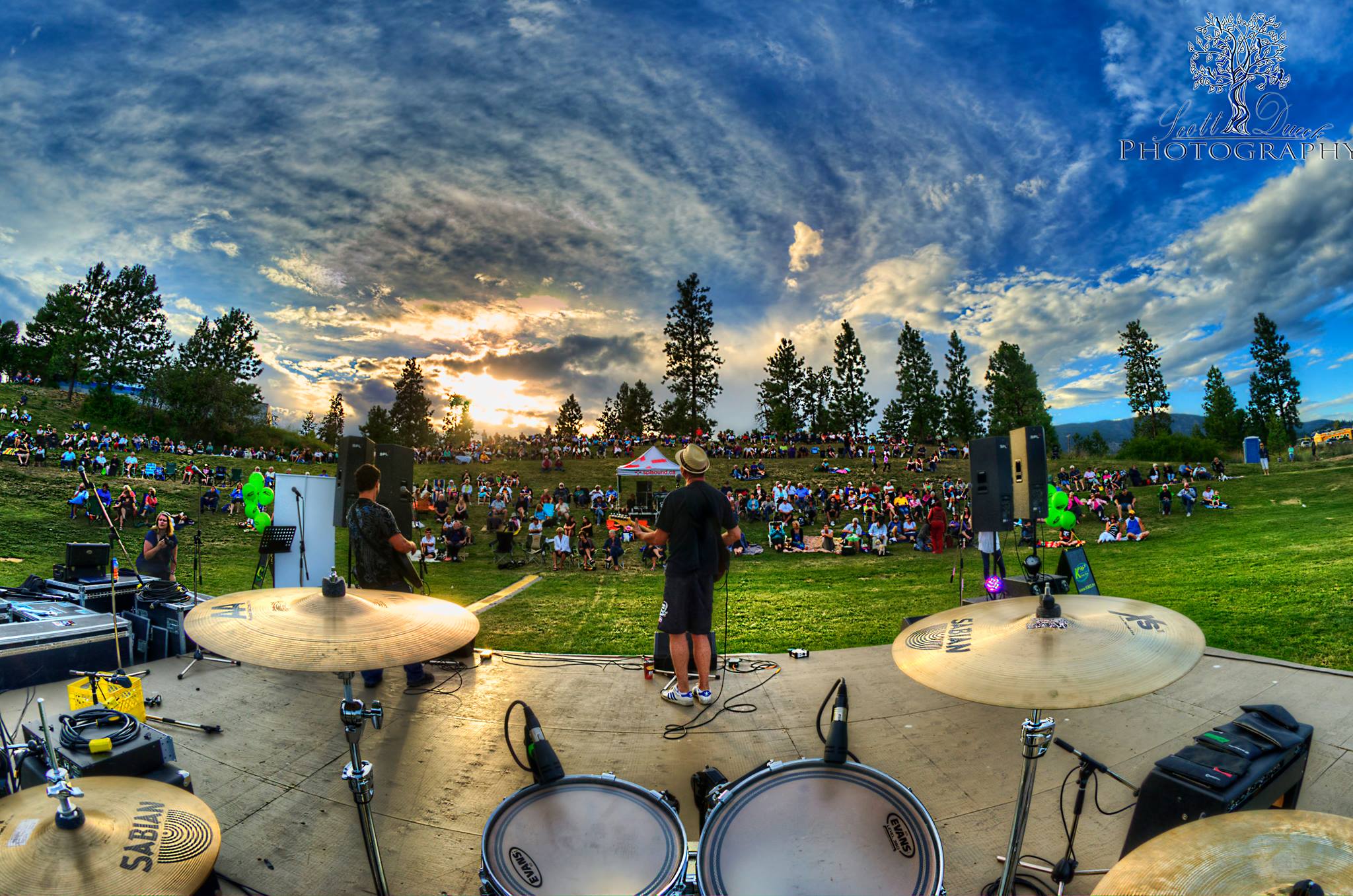 Music in the Park

The 2018 Music in the Park Schedule

Take in free concerts on most Friday nights in July and August at the Annette Beaudreau Amphitheatre in Memorial Park. Enjoy the exceptional talent of Okanagan artists as they perform on stage before a spectacular backdrop of Okanagan Lake and the Monashee Mountains.

Bring your own blanket and maybe an umbrella in the event of light rain, and leave a bit of extra time to find parking. Vendors are located on site for those looking to buy a snack or refreshments at the show.

** concert still is a go with light rain. If heavy rain, thunderstorms or forest fire burning, a decision will be made by 6pm if the concert will continue.