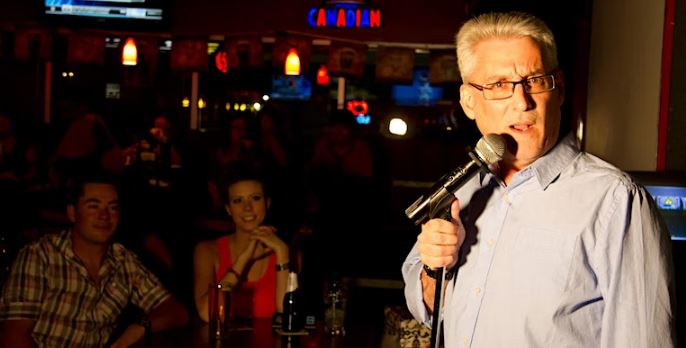 Celebrating his 35th year in the business, Mike Dambra has become a comedy staple across the United States and Canada.

Known as the smart-ass king of comedy, Mike comes armed with the ability to adapt to, and interact with, any audience. Mike’s interactive style has earned him rave reviews in every venue and festival he’s played in and is known for having audience members come back more than once a week because the show is always different.

The Calgary Sun says, “Brush up on your sit-ups before you see this show, otherwise, your stomach muscles will hurt the next day!”